Well... this was unexpected.

My wife and I booked a beach trip for our anniversary several months ago. It has been about a year since we were last out of the house for any length of time, global pandemic or no. So even with the risks of COVID-19 we decided that we wanted to get away for a while. We planned to be responsible; social distance, wear our masks, wash hands, eat at the rental rather than going out, general best practices stuff. There are always risks when traveling, and we know how the weather is during late summer along the Gulf Coast of Alabama and Florida. We expected some rainy afternoons and maybe some time spent indoors, and as the trip was drawing closer, we started to see that there was a nice little tropical storm brewing. But we had paid for our rental and decided to go, because these tropical storms come and go and there is no telling what might happen to it. And now here we are, watching Hurricane Sally slowly make her way past our balcony. 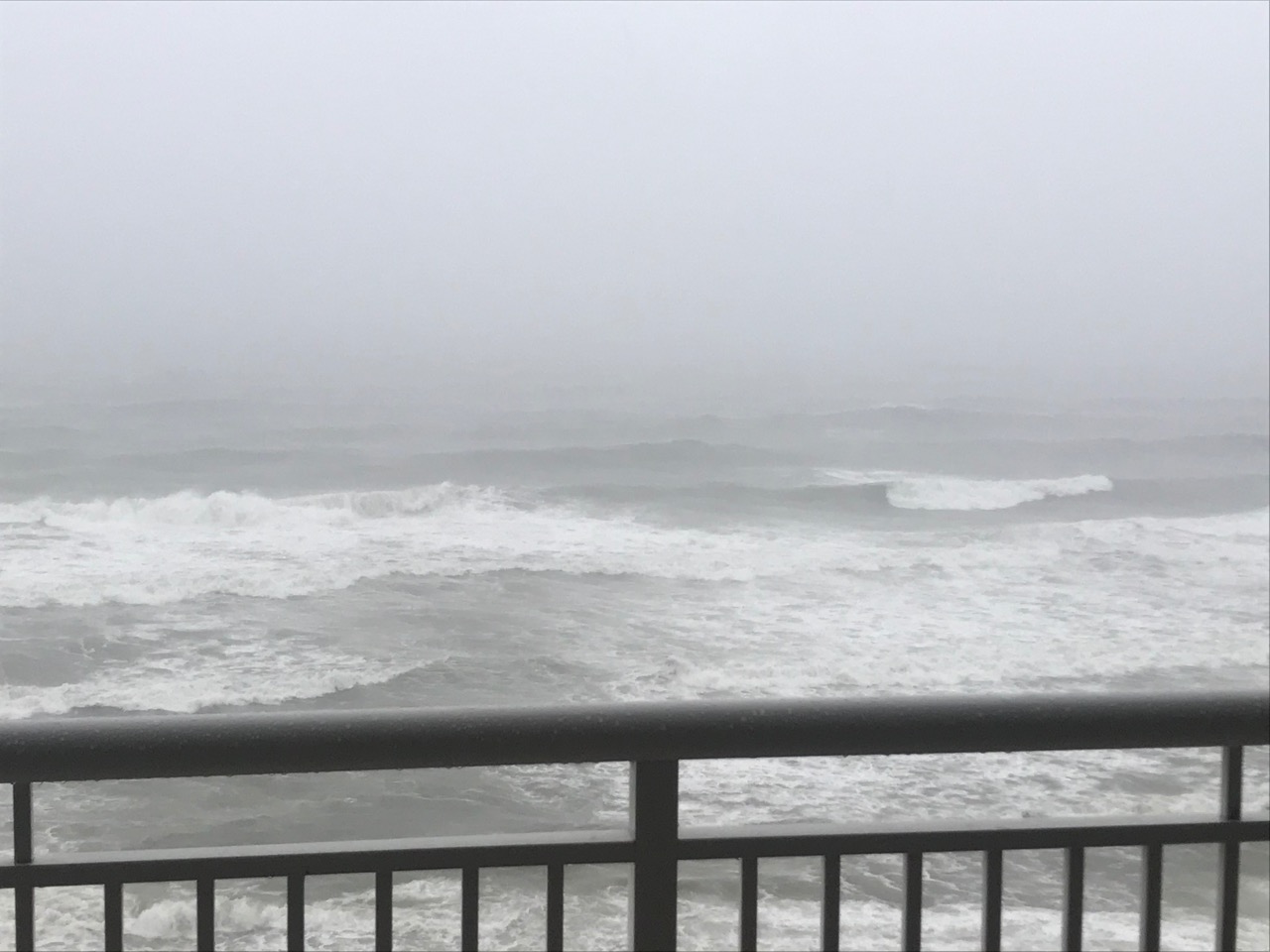 We are outside of the direct track of the storm. We will be getting hit with some of the edges of it for the next day or two. It has fluctuated between a Category 1 and 2 storm for the past 24 hours or so. Right now is it Category 1 and it looks like it will be hitting around the state line between Alabama and Mississippi. That can always change, but it looks like we are not in its direct path.

Overall I think we are fine. Storm surge is the main thing I am worried about and that is only because of my car. I do feel bad for being worried about something so mundane when there is so much more as stake for others in the US and elsewhere. Right now there have been wildfires in Oregon and Northern California that have devastated a lot of area and taken many lives. So in the scheme of things, being here right now is pretty minor. I suppose thinking about something as inconsequential a my car is more about coping than anything else.

At this point in 2020, we should have expected something like this. I say that mostly in jest. We have been impacted very little over all by this crazy year. I am working, she is working, our families are healthy and working, we have a good place to live with neighbors that we like. A storm on our vacation is nothing compared to what is going on to a lot of other people around the globe.